This is a bit off of the usual Jeep and Willys posts.  I think all of us enjoy the mystique of barnfinds.  Whether it be a single car or the occasional horde that appears.  I am going to include links to a couple collections that have appeared in the last 20 years, and one that I can find no information on.  through my shop I often deal with barnfinds in a wide array of conditions.  (We rescued the Willys truck below a few years back and should have it finished this summer.)

The Model A Fords:  This first collection I have no photos of.  If you have heard anything about this collection please update me, it seems to have disappeared quietly.  I used to drive a Corvair panelvan (originally owned by the Pentagon)  One fellow I regularly purchased parts from, Mr. Rose, relayed this story to me.  Mr. Rose received a phone call about what he thought was some Corvairs filled with parts and headed to Pennsylvania with a van to see what might be useful.

When Mr. Rose arrived he found a weathered farm with a battered farmhouse, a huge dilapidated looking barn, a field with rows of every model of Corvair and an extremely harried man dealing with the whole of it.  When Mr. Rose began sorting through the field of Corvairs he found the vans were filled with NOS parts in boxes.  This turned out to be a much larger haul than he expected.

In speaking to the fellow managing the estate Mr. Rose found there was much much more.  “My father hated me,” the man said,” I had to quit my job and move from Michigan to deal with the estate.”  Mr. Rose looked around confused and finally asked what there was to deal with besides the rows of Corvairs and a run down farm.  Then the real story came to light.

Inside the old barn was one of every type of Model A produced.  The father diligently collected each variation of Model A and, if I remember correctly, restored them all.  The harried man explained that Ford was offering around 3 million for the collection.  His siblings then fought over the amount, whether to sell to Ford etc.. etc..  and that was why he quit his job to deal with the estate.

If any reader knows anything about the Model A collection please update me.  I have been trying to track any information on that one for a while.

A.K. Miller:  The next one is the story of AK Miller, whom many barnfind enthusiasts know of.  When I first heard of the collection of Stutz Bearcats hidden in Vermont barns I wondered if it was just a legend (the internet was not as big as it is now).  I ended up talking with a museum curator who was there though, and confirmed not only the cars, but stashes of gold bars hidden under floorboards and such.  The AK Miller barnfind story is told and illustrated well on these web pages.  It could be a movie.

And you can even purchase a book of beautiful photos with the full story here: 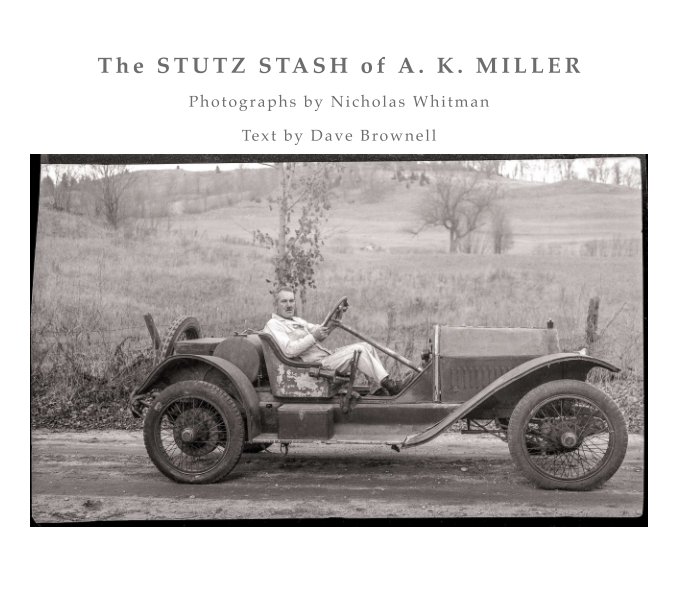 Hawkeye:  I found an Instagram page called Hawkeye Homestead containing old photos and beautiful quotes from a man named John, “Hawkeye” Hawkinson.  As many photos showed 1920s automobiles I started looking for more information and found quite a story.  Each photo below links to a different website with more of his story.  I wish I had met him.  Apparently there was even a Chasing Classic Cars episode on his collection.  When Hawkeye passed his belongings were sold as he wished and all money donated.  Look through the great articles and video below. 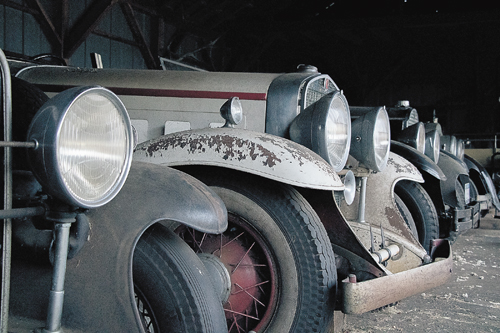 A Story in Cars (Great video as well)