My students and I were relocated to another classroom today.  With no library to wander and no computers to play with they asked if we could watch the Hanson Mechanical episode of Family Guns.  It is online now so they were able to watch it.  For your viewing pleasure here is a link to Family Guns Episode 3: I Wanna Jeep where we restored a Ford GPW in a month (not two weeks!!!) Enjoy!! 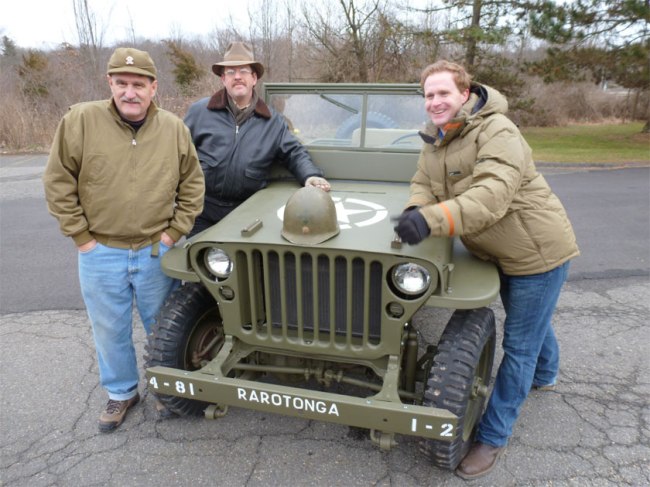 In December of 2011 Hanson Mechanical rebuilt a 1945 ford GPW for International Military Antiques of Gillette NJ.  The rebuild, and use of the Jeep in a reenactment will be on their new TV show, Family Guns. Below is a shot of the director, myself, and two of the IMA fellows after filming at a WW2 reenactment in January.

The show premiers in the US next week on the National Geographic channel at 10:00 on September 12th.  The episode featuring our Jeep rebuild is called “I want a Jeep.”  That episode will air in the US at 10:00 on September 26th.  I have an international release schedule as well and will update this post with that information as soon as I have a chance. 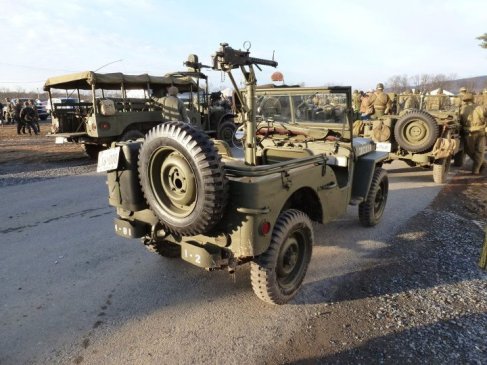 Here is a link to a couple video snippets from the show (not our episode though!)