Another neat item we saw at Merchantville was a 1946 Francis barnett Merlin L.51.  I have owned a 1948 one of these since around 2000. Mine is painted military green to match my Jeep.

When I first bought this motorcycle I thought it was a British James motorcycle.  Over a couple years of working on it I found that no James parts would fit.  I spoke with a member of the Two stroke motorcycle club in England and he ran the numbers for me.  I was quite surprised when he told me,” Merlin, by some strange coincidence you own a 1948 Francis Barnett Merlin L.51.” He also told me it was the 11th known in North America. 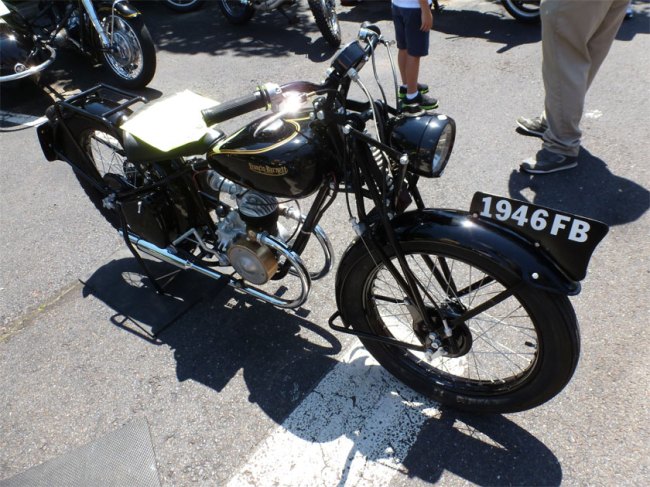 Since I built my website many folks from around the world with Merlins have contacted me. They usually find them as basket cases and then rebuild them out of curiosity. The one at Merchantville, owned by a fellow named George Hirn, was the first I have seen in person other than mine. George’s Merlin makes number 17 that I know of in North America now.

The Francis Barnett company manufactured Merlins into the early 1950s.  They were very similar to a pre WW2 motorcycle they made called the “Snipe”.  These motorcycles were perfect in a postwar Britain with gas rationing in effect.  One of these lightweights could achieve 125 miles per gallon.

As I have tracked Merlins in North America I have discovered that most were distributed by a dealership in Toronto.  I know of one sitting in a basement in Toronto that I still would like to purchase. 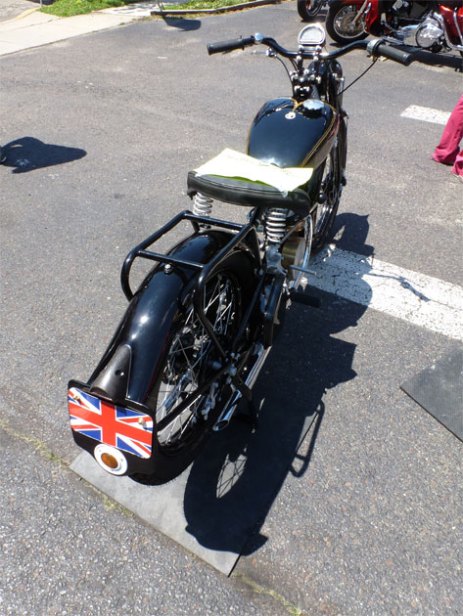 Since the motorcycles were small and inexpensive many were thrown away.  Those that do appear are literally in baskets and boxes most of the time.  Despite their rarity they have some standard parts like a Villiers 125 cc engine and a Smith speedo.  There is a company in England, Villiers Services that you can obtain many parts from.

Greg’s 1946 Merlin inspired me.  I need to work on getting mine back on the road….. and perhaps repaint it that beautiful black with gold pinstriping!!